Gazpacho Cucumber Bites are a unique healthy, vegan appetizer that was inspired by traditional Spanish Gazpacho. 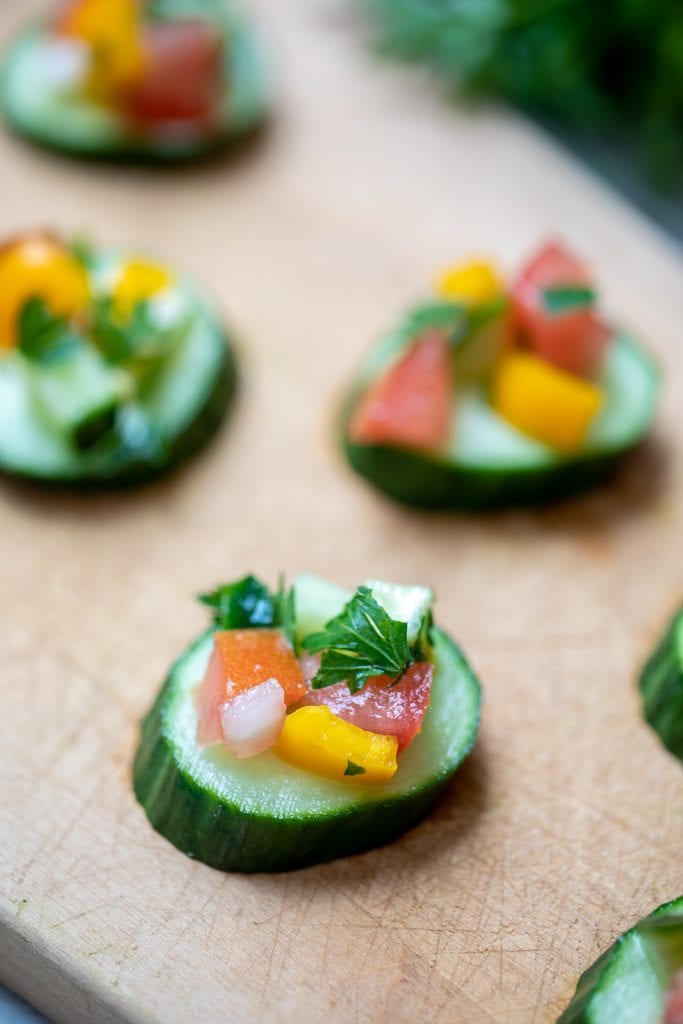 A few years ago, my husband and I visited St. Lucia.

While you may not think of the Caribbean as being known for Spanish-influenced cuisine, the restaurants we visited at our resort had a distinctly Spanish vibe.

The resort not only made delicious Sangrias, but it also had a huge organic garden that was brimming with incredible produce. One of my favorite dishes that they made on-site was a cold Cucumber Gazpacho.

Fresh tomatoes, red peppers, Spanish onions, garlic, parsley, and cucumbers tossed together with sherry vinegar and good quality olive oil, forming almost a Gazpacho flavored Bruschetta. But instead of a crostini, I kept the dish light and fresh and topped this "Gazpacho" on an English cucumber bias.

It may not be traditional, but this appetizer makes a delicious Spanish tapas! 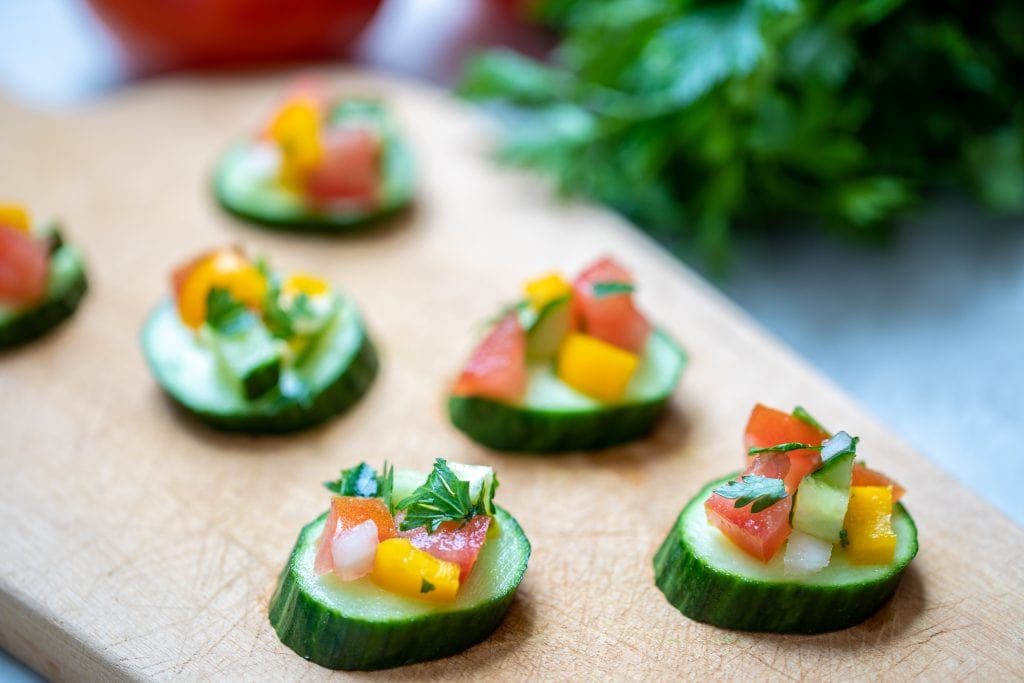 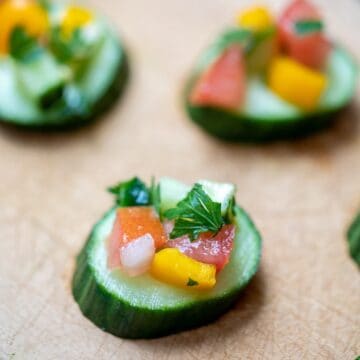 This unique appetizer is made with a fresh salsa made with cucumbers, tomatoes, peppers, and onions and then served on fresh cucumber slices. It is simple, fresh, and creative!
5 from 1 vote
Print Pin Rate
Course: Appetizer
Cuisine: American
Prep Time: 15 minutes
Total Time: 15 minutes
Servings: 24
Calories: 19kcal
Author: Kristen Chidsey