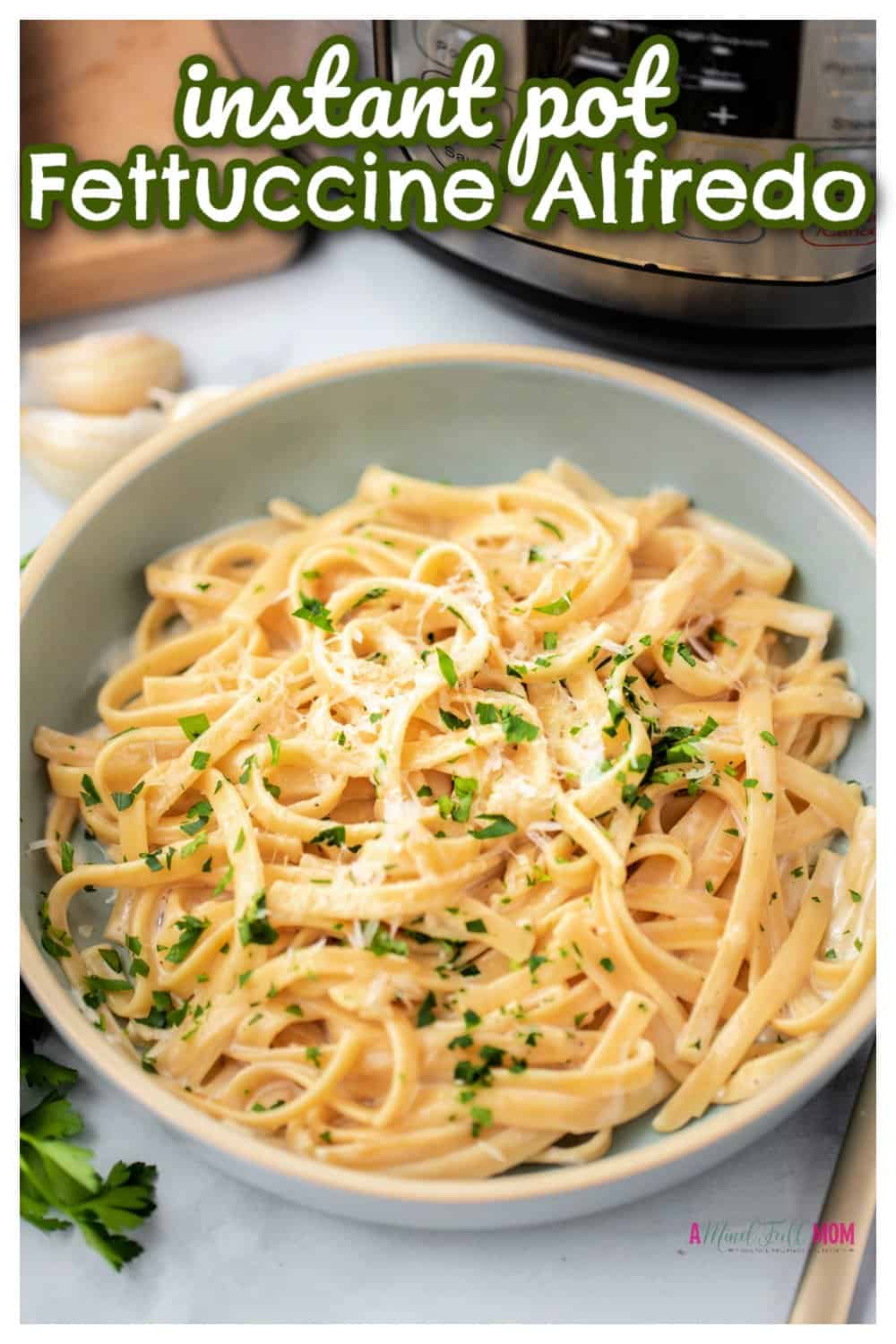 Fettuccine noodles cook to perfection in a rich, luscious cream sauce in this simple recipe for Instant Pot Fettuccine Alfredo.

Instant Pot Fettuccine Alfredo is restaurant-worthy. It is date night worthy. It is you want to impress your boss worthy.

I know those are bold statements but I am not exaggerating. This is a rich, creamy, classic recipe for Fettuccine Alfredo. But instead of needing to prepare the alfredo sauce in one pan and cook up the fettuccine noodles in another pan, everything cooks together in the Instant Pot for the easiest, creamiest, Fettuccine Alfredo.

From the tender noodles to the rich sauce, this pasta dinner cooks up in less than 30 minutes with only a handful of ingredients. It is almost TOO good to be true. Thankfully for you, and for me, it's not!

Whether you prepare Instant Pot Fettuccine on a busy weeknight or pair it with Greek Salad and Garlic Toast and enjoy it with friends, you can't go wrong with this classic.

This recipe for Instant Pot Fettuccine Alfredo is so easy. I mean, dump and go kind of easy–just what we all need on busy weeknights.

The #1 key to the fettuccine cooking correctly and not ending up stuck together or undercooked, is to be sure the noodles are layered in a criss-cross fashion--do not ignore this step!

It is possible to make fettuccine alfredo with chicken, using this recipe, as thin pieces of boneless, skinless chicken will cook in the same amount of time that the fettuccine noodles need.

Need more inspiration for planning meals that your family will love? Sign up for my FREE Meal Plans and each week you will get a meal plan with a shopping list.

If you tried out this recipe for Instant Pot Fettuccine Alfredo, I would love for you to leave a review and comment below. 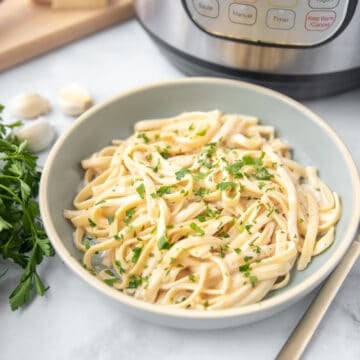 Heavy Cream: Absolutely, NO substitutions.  Parmesan: Use good-quality, freshly grated parmesan cheese for the best flavor. Storage: Fettuccine Alfredo is best served immediately after preparation. However, leftovers can be stored in an airtight container for up to 3 days in the refrigerator. You may need to add in a tablespoon or two of broth or cream per serving when reheating the pasta, as the pasta will absorb the sauce as it sits.  Adding Chicken: