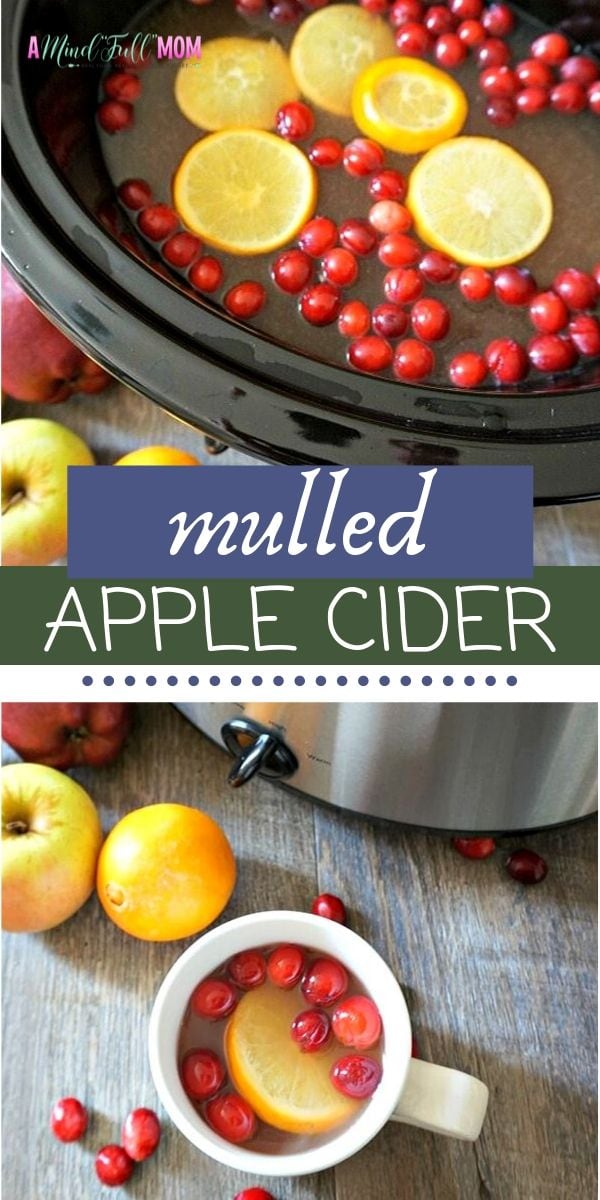 Mulled Cider is the absolute perfect fall beverage! Made with fresh oranges, cranberries, and spiced with cinnamon, ginger, and nutmeg, this recipe for Homemade Mulled Cider is better than any packaged blend of mulling spices and just as easy to make! Directions for the slow cooker, instant pot, and stove-top.

Apple Cider alone is delicious, but when spiced with cinnamon and nutmeg and served warm, apple cider turns into something spectacular. And while it is easy to purchase packaged mulling spices, it is so easy to make mulled cider at home and tastes a million times better.

Mulled Cider is perfect to serve alone or to pair with Apple Crisp, Pumpkin Roll, or Instant Pot Pumpkin Cheesecake, for a perfect fall dessert.

Why Homemade is BEST

How to Make Mulled Cider

Instead of just placing whole spices right into the apple cider, I like to create a little sachet of the spices, so that once the cider has been infused, it is easy to fish out the sachet and discard--instead of trying to fish out individual spices before serving.

To prepare a sachet of mulling spices, place the whole spices into an unbleached coffee filter or piece of cheesecloth and tie with kitchen twine--it is as simple as that!

You can prepare your mulled cider on the stove, instant pot, or in the slow cooker. I personally prefer the slow cooker as this method is completely hands-off with no monitoring. Plus your whole house will smell wonderful as the cider cooks. However, the advantage of preparing in the Instant Pot, is that it will be ready in a fraction of the time.

To prepare Mulled Apple Cider in the crock-pot, simply pour in the cider, juice, cranberries, and orange slices into the slow cooker. Nestle in the mulling spice sachet and add in the grated nutmeg. Cook on low for 4-6 hours or on high for 2-3 hours. Remove and discard mulling spices and then turn slow cooker to keep warm while serving.

To prepare Mulled cider on the stove, place apple cider, pineapple juice, cranberries, orange slices, freshly grated nutmeg, and spice sachet into a heavy-bottomed stock pan. Bring to a boil and then turning to low and simmer on the stove for 1-2 hours. Be sure to simmer on low to keep the liquid from evaporating.

The Instant Pot is the FASTEST way to prepare Mulled Apple Cider, but you will not have the luxury of smelling the cider as it cooks--I also have found that a coffee filter does not stand up well to the heat of the instant pot. Therefore, I suggest using a piece of cheesecloth or place the spices in whole into the inner pot and then strain before serving.

If you try this recipe, I would love for you to leave a comment below! I love to hear from you! 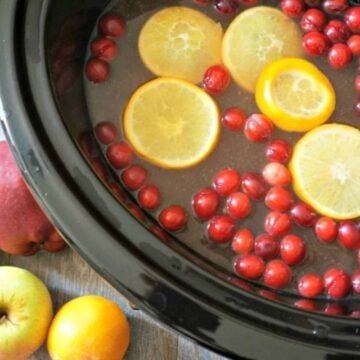