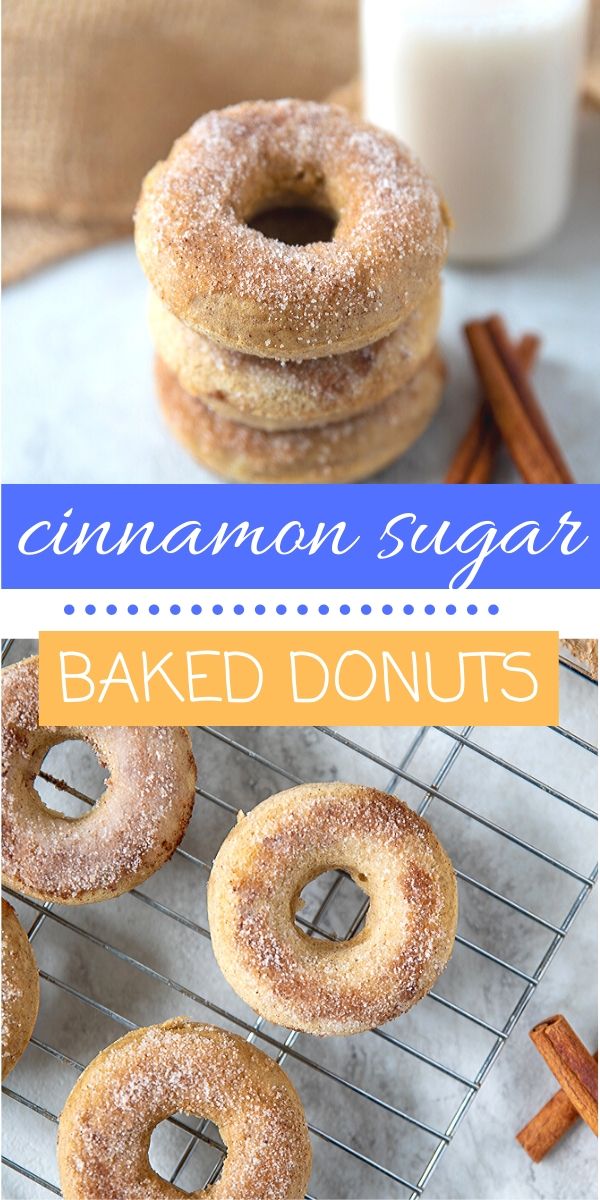 Cinnamon Sugar Baked Donuts are the ultimate baked donut recipe! Made with a richly spiced batter, a delicate crumb, and rolled in cinnamon sugar, these Baked Donuts are a delightful treat.

Why You Will Love Baked Donuts

Baked donuts are the EASIEST way to prepare donuts at home.

There is no proofing or dough! No deep-frying required!

Baked donuts, which are really just cake donuts, use a simple batter and donut mold to bake donuts that are light and fluffy.

My recipe for baked donuts are full of warm cinnamon flavor and feature a delicate crumb. But the most irresistible part of this donut is the cinnamon sugar coating!

I suggest pairing one of these baked donuts with a cup of Mulled Apple Cider or a Homemade Latte and sit back and enjoy a little bite of heaven!

What You Need to Make Baked Donuts

How to Make Baked Donuts

How to Store Homemade Donuts

Once the donuts have cooled, store them in a sealed container at room temperature for up to 2 days or in the refrigerator for up to 4 days.

Baked donuts can also be frozen for up 3 months. To freeze, allow the donuts to fully cool after baking and coat with the cinnamon sugar as directed. Place into a freezer-safe storage bag or container and seal tightly, removing as much air as possible. Freeze for up to 3 months. Defrost in the refrigerator overnight or microwave for 45 seconds.

If you don't have a donut pan, you CAN make donut holes instead, which are essentially just mini muffins.

Prepare the batter as directed. Grease a mini muffin tin well and then fill each muffin cup with about 1 tablespoon of batter and bake at 350 degrees Fahrenheit for 10-13 minutes or until set. Allow to cool for 10 minutes and then remove from muffin tin. Coat in cinnamon sugar mixture as directed.

To make dairy-free Donuts, use any variety of non-dairy milk in place of the milk and vegan butter in place of butter.

I would love for you to leave a comment and rating below, letting us know how you enjoyed these Cinnamon Sugar Baked Donuts. 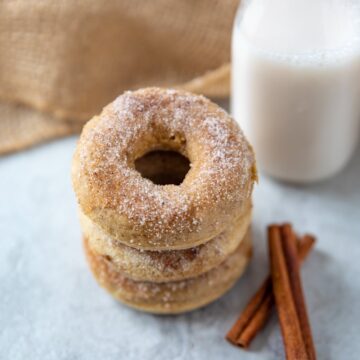 For the Cinnamon Donuts

Storage: Once donuts have cooled, store in a sealed container at room temperature for 2 days or in the refrigerator for 4 days. These donuts can also be frozen for up 3 months after being baked and cooled.  To make Dairy-Free Cinnamon Donuts, use non-dairy milk in place of milk and vegan butter in place of regular butter.