This is the best recipe for traditional French Toast! By selecting the best bread, to following a few tricks, you will make french toast that is restaurant-worthy!

This is a classic recipe for french toast made with thick slices of bread that have been soaked in a perfectly sweet egg custard and then pan-fried to perfection. While I love this classic recipe, if you are looking for a spin on French Toast, check out French Toast Casserole, Bananas Foster French Toast, or Banana Bread French Toast. 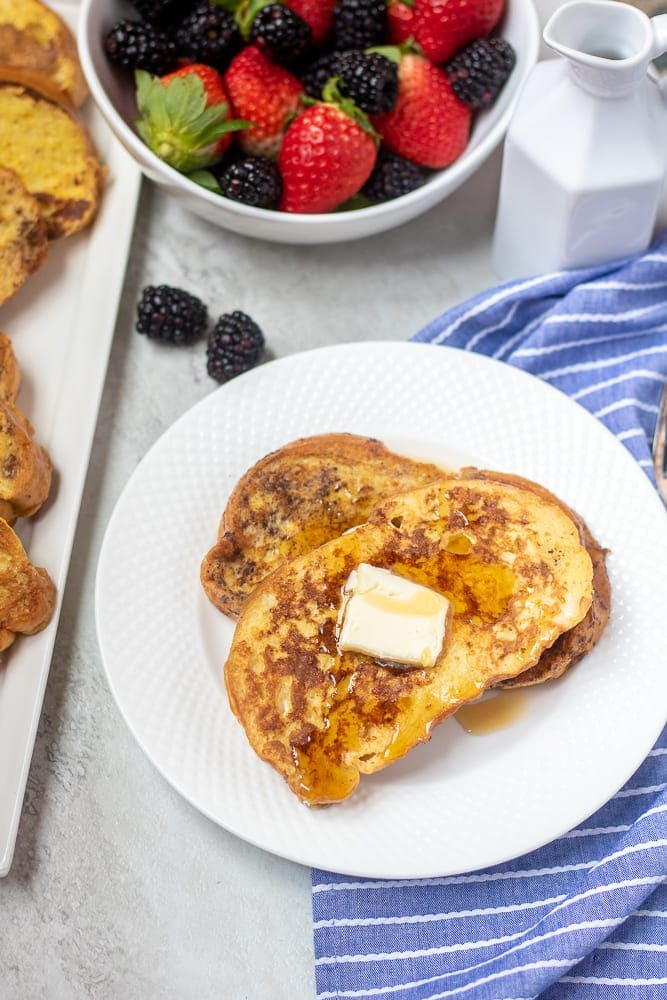 There is something magical about French Toast.

The buttery, crisp edges and soft fluffy interior of sweetened bread, all enveloped in a maple syrup is the perfect contrast in textures and is just sweet enough without being cloyingly sweet.

It is everything you want in a good French Toast Recipe. The french toast is creamy and eggy, a bit crispy on the edges, and buttery and sweet.

Secrets for the Best French Toast

Choose the right bread:  It is best to purchase or make a bread that can be sliced into 1/2 inch to 1 inch thick slices. You also want your bread to be slightly dried out, as this allows more egg custard can be absorbed, giving the French toast more flavor. If you don’t have day-old bread, arrange fresh bread slices in a single layer on a baking sheet overnight to allow the bread to dry out. You can also place the baking sheet in a 200-degree oven for 10-20 minutes, flipping the bread half-way to dry out the bread quickly. As for the type of bread, you want a thick, hearty bread. See options below.

What is the Best Bread for French Toast?

The great thing about French Toast is that you can use any bread you like to make it, but there are some breads that are better than others for french toast.

Select from the following options:

Use your favorite gluten-free variety of the bread selections listed above for a gluten-free french toast.

How To Make French Toast

Step One: Prepare the Egg Custard

To make French Toast EASY to prepare, have a work station ready to go. 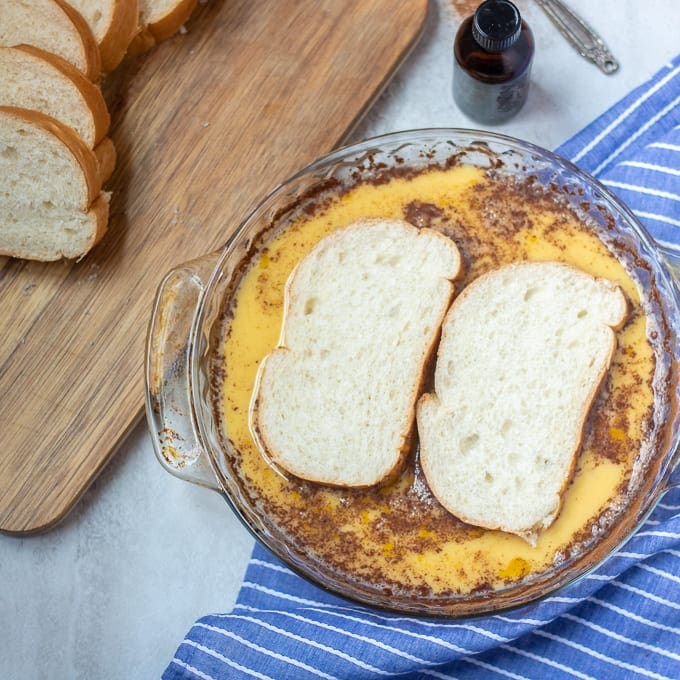