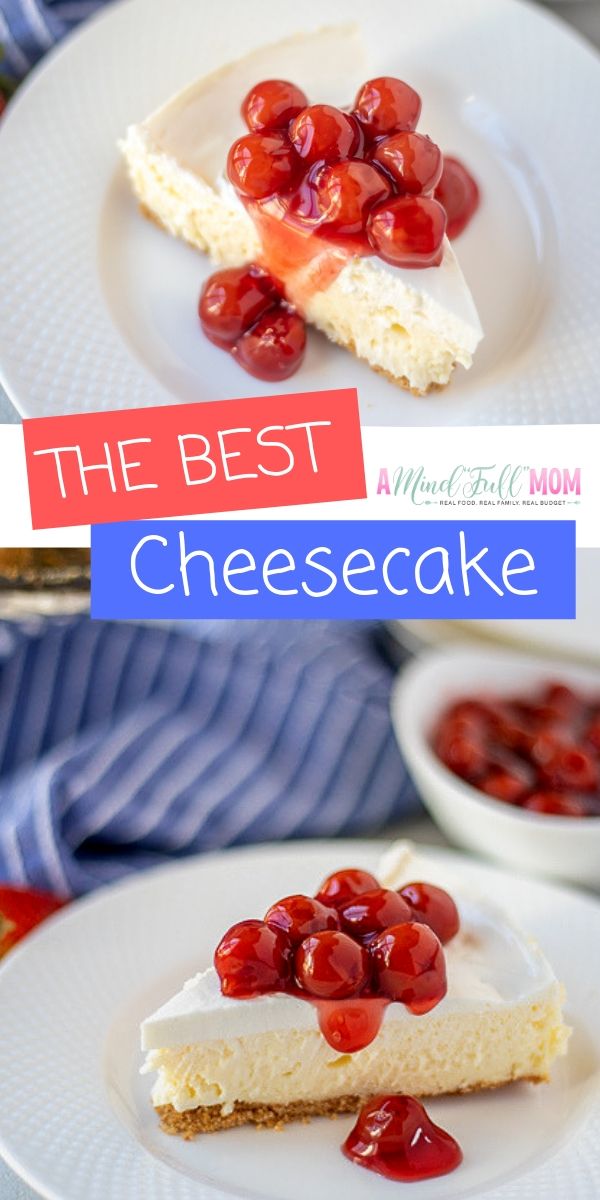 This recipe makes the most Perfect Cheesecake! It is creamy, light, and perfectly flavored--it will be your go-to Cheesecake recipe.

While I love, homemade desserts like Brownies, Apple Crisp, Banana Pudding, and Cherry Crumb Pie, cheesecake is my request for my birthday dessert year after year.

But not just any cheesecake will do! I must have my Nana's Cheesecake which is light, fluffy, and simply perfect.

There are two things that make this cheesecake recipe stand out from the rest.

As I stated earlier, folding whipped egg whites into the batter, keeps this cheesecake light and fluffy--AKA the BEST cheesecake.

It is really crucial to beat the ingredients together until smooth and creamy. I have found the best way to do this is to add the ingredients in thirds, as this allows everything to incorporate together perfectly.

Cheesecake is best if served after being chilled for at least 12 hours, as this gives the cheesecake time to set up fully and for the flavors to meld together.

I highly recommend removing the cheesecake from the refrigerator and allowing it to come to room temperature for 30 minutes prior to serving. This will allow the flavors to really pop.

How to Store Cheesecake

Cheesecake will keep for 4-5 days in the fridge.

Alternatively, you can freeze leftover cheesecake. I recommend slicing the cheesecake into individual slices and wrapping each slice in plastic wrap and then placing the wrapped slices into a freezer-safe bag. Freeze for up to 3 months. Place a slice in the refrigerator for 6-12 hours before enjoying.

If you tried this Homemade Cheesecake recipe, I would love for you to leave a review and comment below! 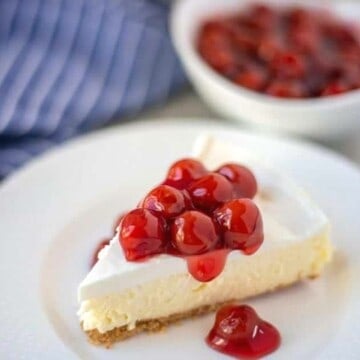 Cream Cheese: Use full-fat or reduced-fat cream cheese and be sure the cream cheese is at room temperature for the creamiest cheesecake. Crust Options: This recipe calls for a traditional graham cracker crust mixed with butter and sugar. Feel free to use chocolate graham crackers, vanilla wafers, or even gingersnaps in place of the graham crackers.  Serving Suggestions: Cheesecake tastes best after being refrigerated for 12 hours before serving. It is also best to allow the cheesecake to set out at room temperature for 15-30 minutes. The cheesecake will still be cool, but the flavors will be more apparent. Storage: Refrigerate leftover cheesecake for 5 days or freeze individually wrapped slices in a freezer-safe container for up to 3 months.