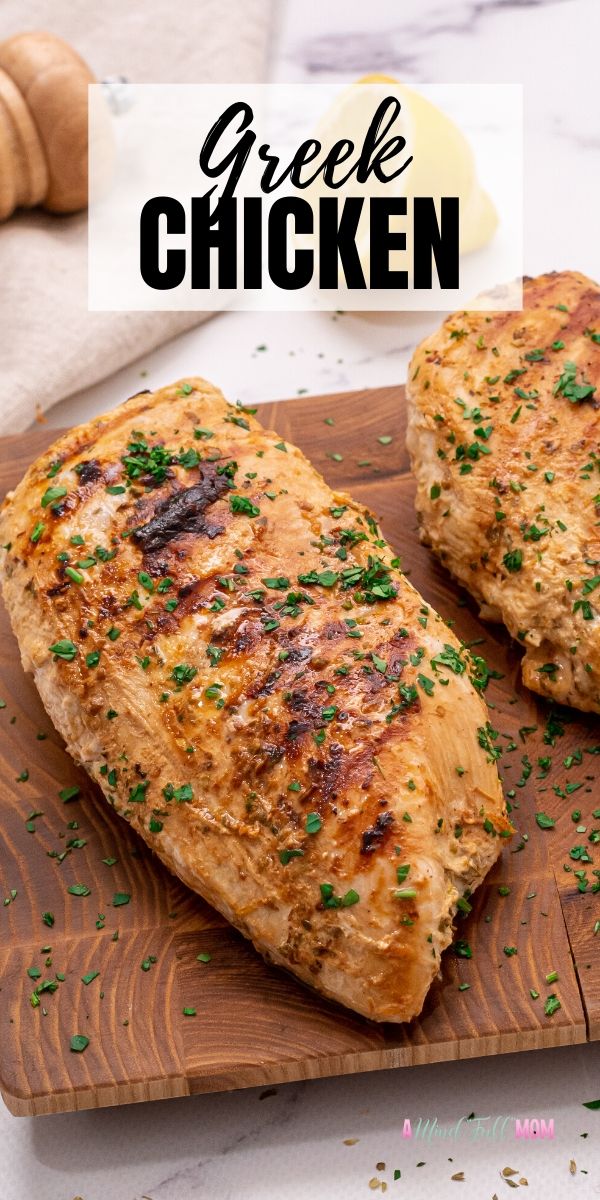 When you are looking for an easy meal that packs a lot of flavors, prepare this Greek Chicken Marinade and use it to transform chicken into the most flavorful, juicy, tender Greek Chicken with minimal effort.

While delicious for chicken, this Greek Marinade can also be used on lamb, pork, beef, fish, or vegetables.

Chicken is a blank slate and when prepared without seasonings it is quite bland and boring.

But when you marinate chicken, something magical happens. The chicken absorbs the seasonings of the marinade, infusing every bite with flavor.

My all-time favorite marinade is this Greek Chicken Marinade. This simple chicken marinade is made with yogurt, fresh lemon juice, and classic Greek flavors. It works to both tenderize and flavor the chicken, leaving you with juicy, tender, perfectly seasoned Greek Chicken that comes together with minimal effort.

To prepare this Greek Chicken Marinade, mix together the yogurt, salt, oregano, lemon zest, and lemon juice in a small mixing bowl or a large measuring cup.

One key tip is to be sure to zest your lemons before juicing--it is almost impossible to zest a lemon after it has been cut.

How to Marinate Chicken

To marinate chicken, of any cut, place the chicken into a large storage bag or shallow dish. Pour the marinade over the chicken and toss to coat. Cover the container or seal the storage bag and place it into the refrigerator for at least 30 minutes and up to 4 hours.

It is important to note, you do not want to let the fresh meat sit in the marinade for longer than 4 hours, as the acid from the lemon and the yogurt work to break down the fibers of the protein. If left in the marinade too long, the meat will become mushy once prepared.

How to Cook Marinated Chicken

Once the chicken has been marinated, you can grill, bake, or pan-fry the chicken. Simply remove the chicken from the marinade, and discard the marinade. Cook the chicken to an internal temperature of 165 degrees and then let it rest for 10 minutes before eating to allow the juices to redistribute.

Can I baste the chicken with the marinade as it cooks?

No! It is crucial you discard the marinade! You never, ever want to reuse a marinade used for raw poultry, as you don't want the raw poultry juices to be brushed on the cooked or semi-cooked chicken.

Is it is okay to leave the chicken in the marinade for longer than 4 hours?

If you marinate the chicken longer than four hours, it will begin to turn to mush. Therefore, if you are not planning to cook the meat within 4 hours of placing it in the marinade, it is best to freeze the meat right in the marinade. Defrost in the refrigerator overnight and plan to cook the chicken within 24 hours of placing the frozen chicken in the refrigerator.

Can I use flavored yogurt for the chicken marinade?

Can I add garlic to this chicken marinade?

Absolutely! I love adding up to 1 tablespoon of minced garlic. It adds a ton of flavor.

Can I freeze this chicken marinade?

Yes! I recommend freezing chicken directly in this Greek marinade. Simply place the chicken in 1-pound increments in freezer-safe storage bags and use ½ cup of the marinade for every pound of meat. Tightly seal the bag, toss to coat, and freeze immediately for up to 1 month. To use, place the bag of marinated chicken in the fridge to defrost overnight. As the chicken defrosts, the marinade works to flavor the chicken. Just be sure to cook the chicken within 24 hours of placing the meat in the refrigerator for best results.

Can this marinade be used for things other than chicken?

Make it a Meal

If you enjoyed this easy Greek Chicken Marinade, I would love for you to leave a comment and a review below. 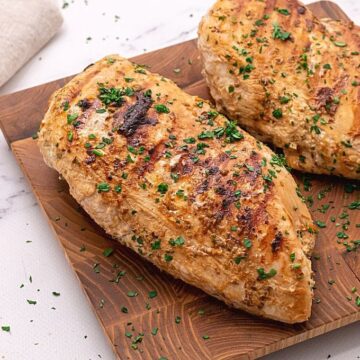 Nutrition values are based on the marinade.

This post was originally published in 2018 but has been updated in 2020 with new pictures and a new video. 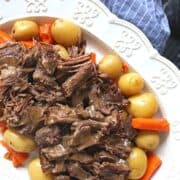