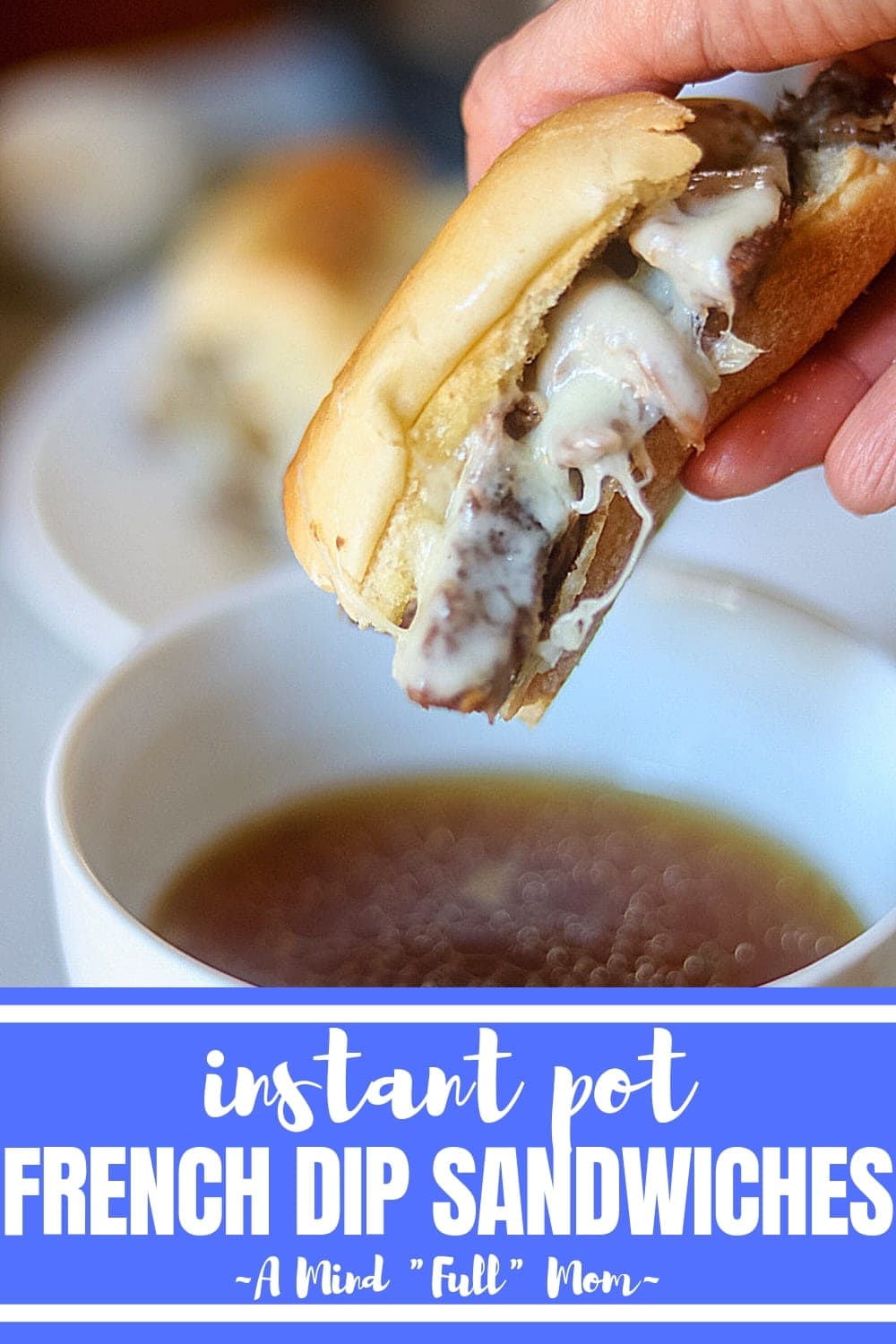 These Easy Instant Pot French Dip Sandwiches are sure to become a new family favorite dinner. Tender chuck roast is piled on a toasted garlic bun and smothered with provolone cheese. Served up with rich broth on the side for dipping, these delicious French Dip sandwiches are made with almost no effort in the pressure cooker. 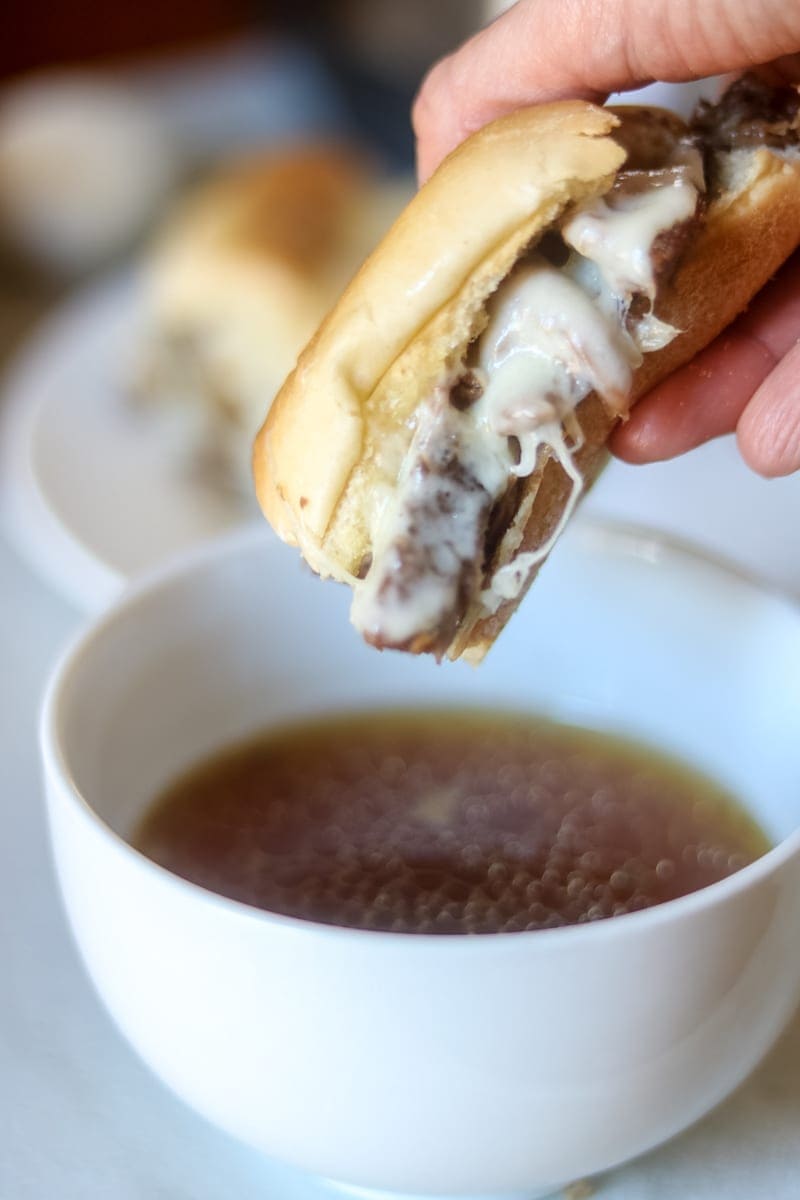 Want to know what makes my heart swell?

New babies, snuggles with my kids, seeing kindness from a stranger, and sitting down to a dinner that my entire family raves about!

I enjoy that dinner even more when it takes me a mere minutes to prep. An extra bonus is when I can make the meal on a budget.

I am about to make YOUR heart swell with my latest recipe, Instant Pot French Dip Sandwiches.

Want to know how much my family loved Easy French Dip Sandwiches?

They were devoured by my entire family and my husband and son even said they would be happy if they ate these sandwiches a couple times every week.

Now that is what I call a winning dinner!

But what is not to love? These Instant Pot French Dip Sandwiches have a garlic toasted bun, ooey cheese, tender beef, and flavorful aus-jus. 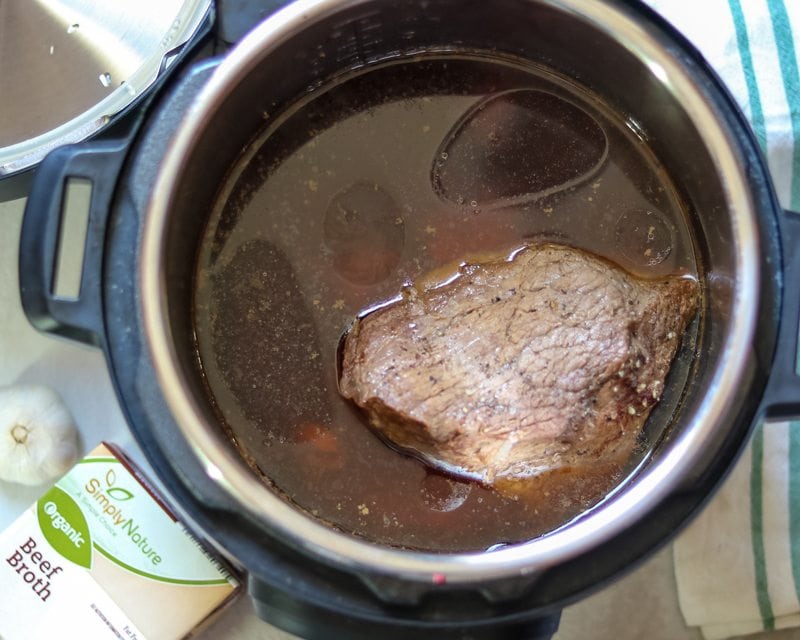 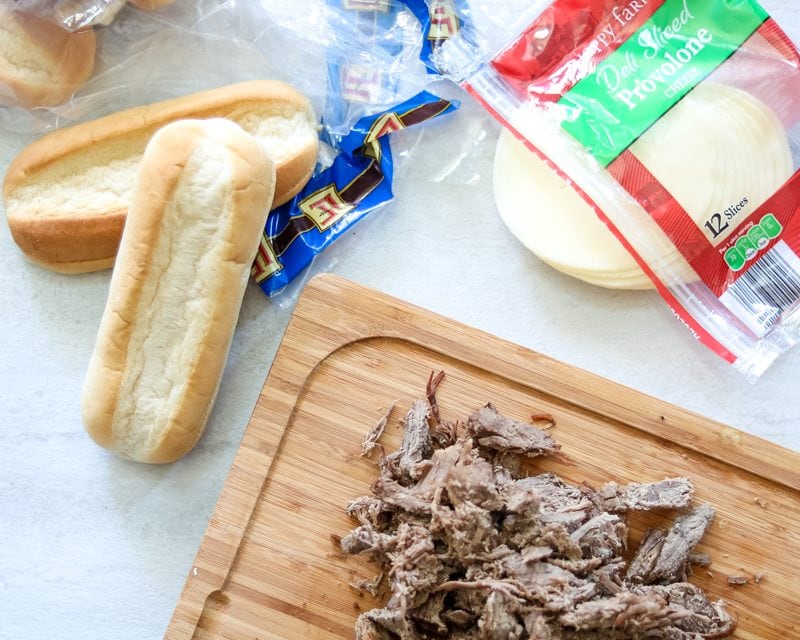 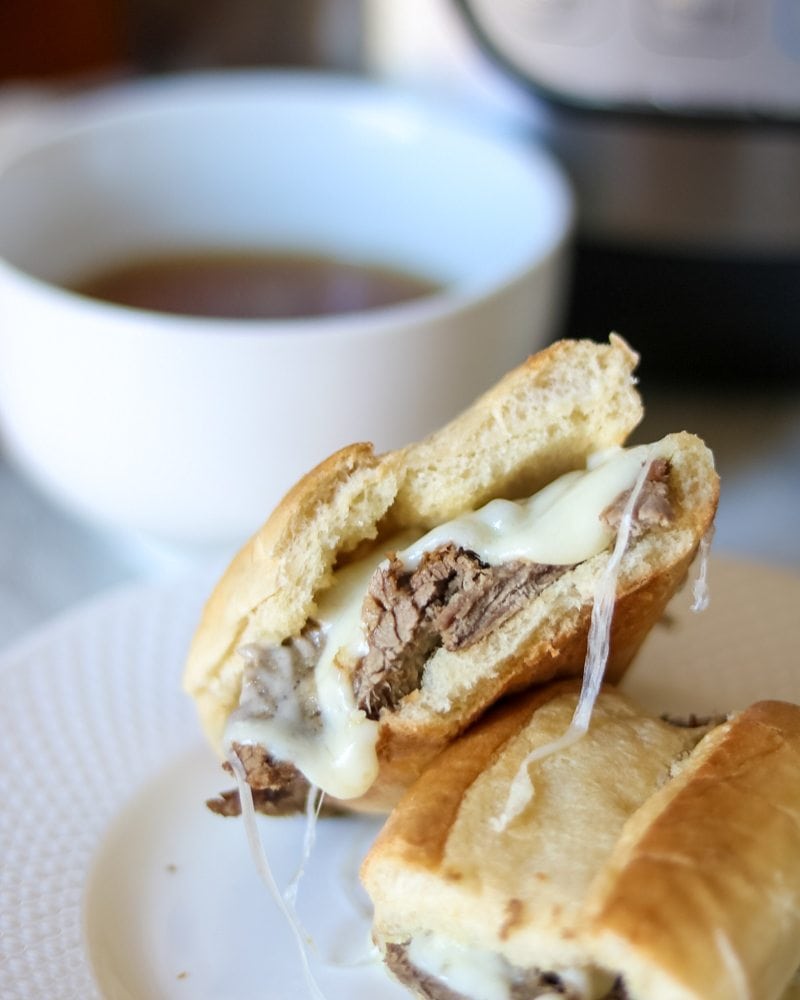 If you don’t have an pressure cooker, you can still enjoy Easy French Dip Sandwiches, with the help of a slow cooker.