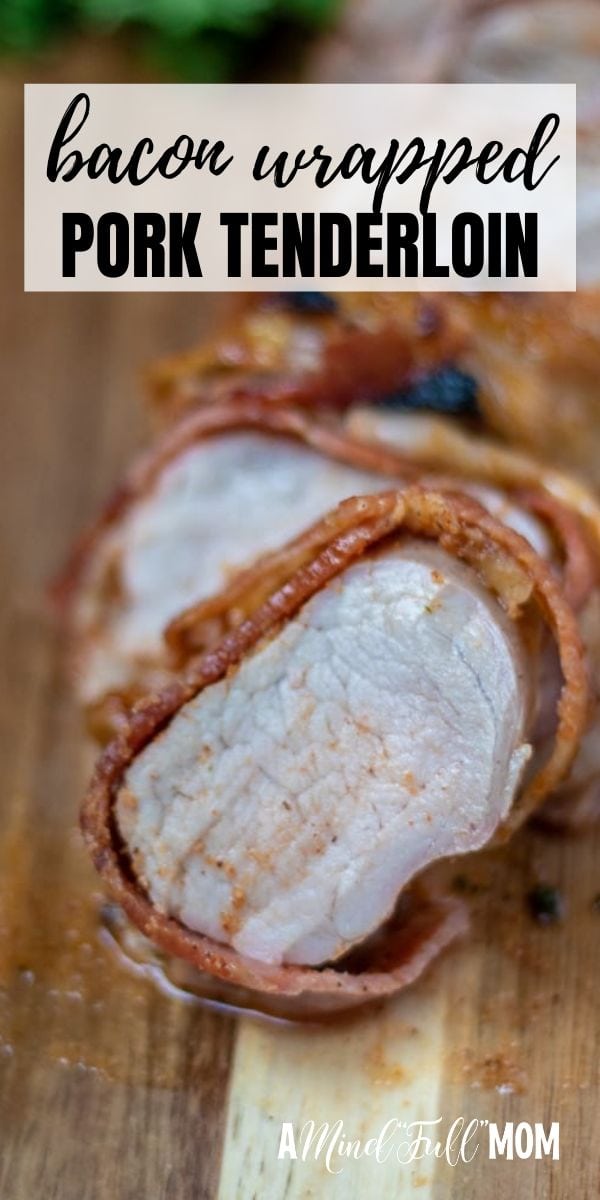 A humble pork tenderloin is transformed into a spectacular entree when glazed wrapped in bacon and glazed in sweet maple syrup. This Bacon-Wrapped Pork Tenderloin is an easy, yet impressive dinner--perfect for a weeknight meal or to entertain company.

To complete this meal, serve this Pork Tenderloin with Roasted Brussels Sprouts and Hasselback Sweet Potatoes for a delicious family meal. 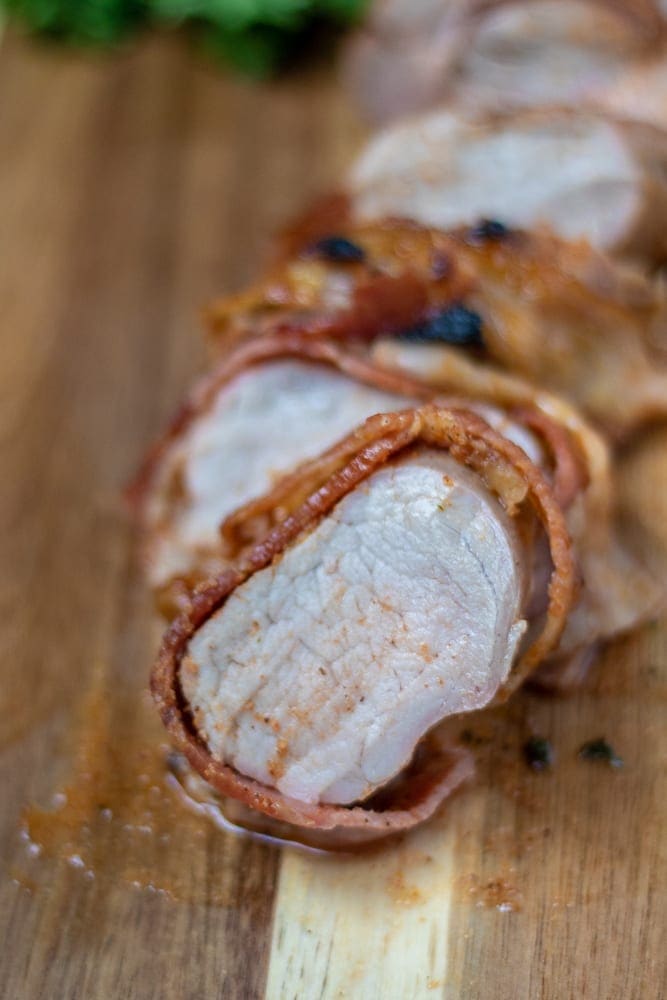 Bacon makes everything better, doesn’t it?

In the case of pork tenderloin, that theory proves to be true indeed.

Pork Tenderloin is a lean cut of meat that is full of protein and when prepared right, is juicy, flavorful. But when prepared without are, pork tenderloin can easily dry out and become tough and flavorless.

By roasting to the right temperature and wrapping in bacon, this pork tenderloin is swoon-worthy!

I also add a maple glaze to the bacon, because maple and pork are a match made in heaven! Not to mention the maple syrup helps to balance the saltiness from the bacon in this recipe.

Bacon-Wrapped Pork Tenderloin is one of those meals that does not require many ingredients or much time to prepare. It is simple, easy, yet delicious--just be sure to follow my secrets!

How to Make Pork Tenderloin Wrapped in Bacon 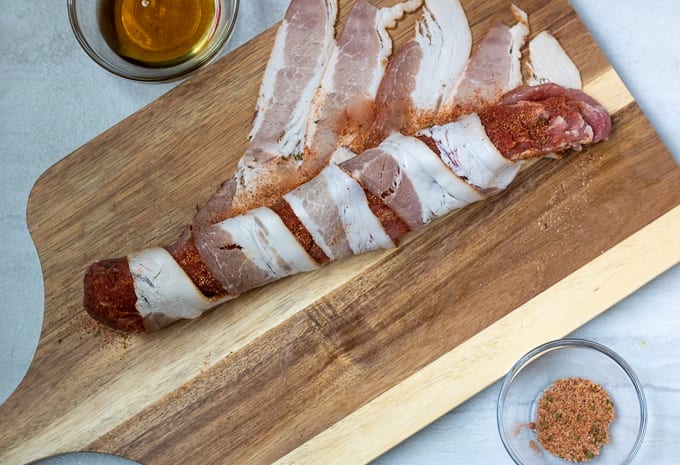 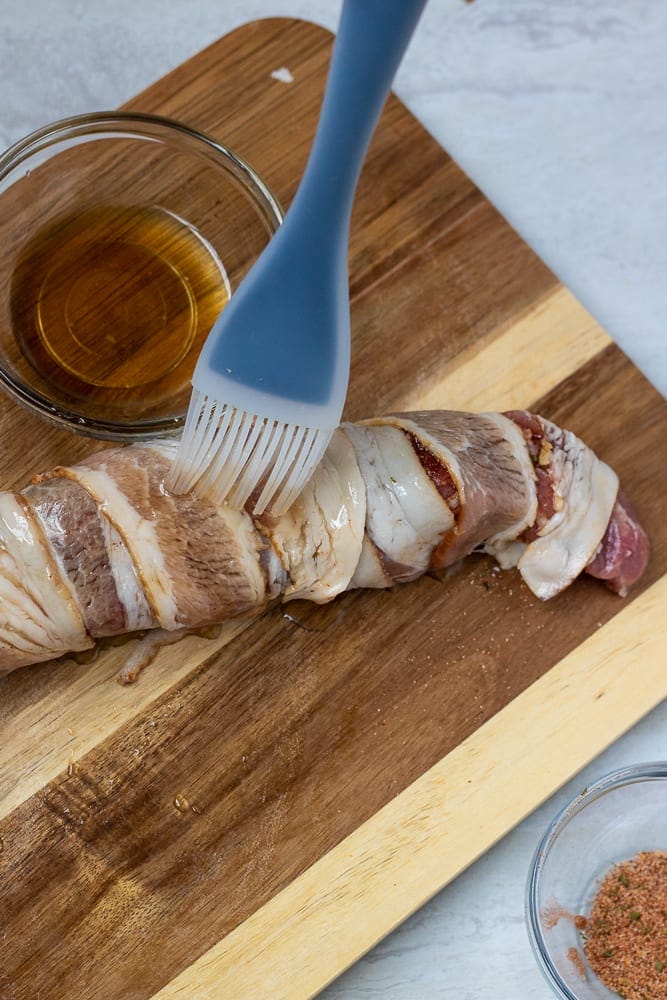 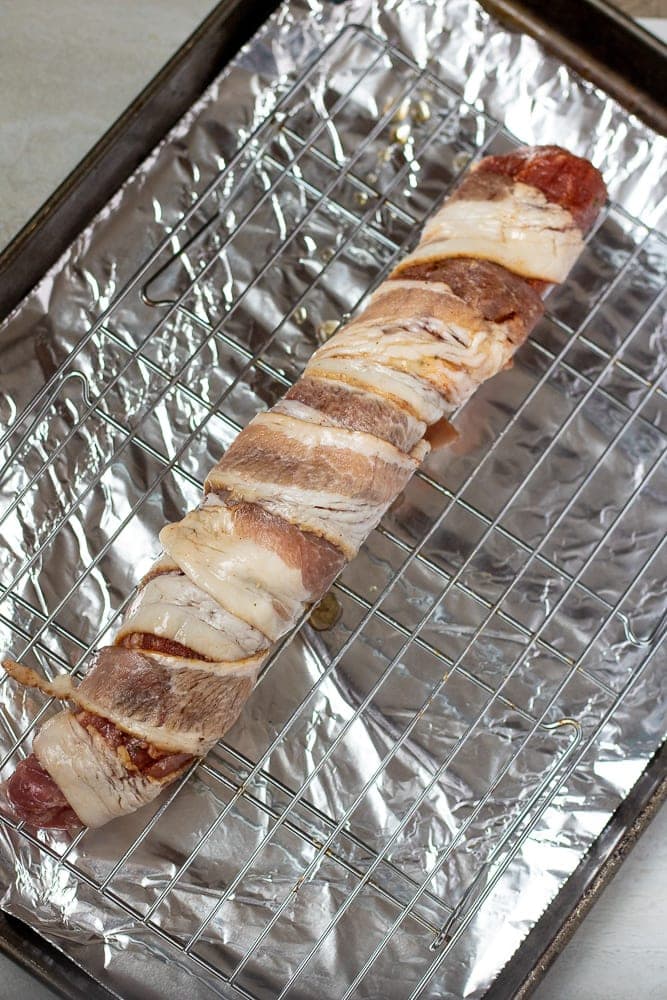 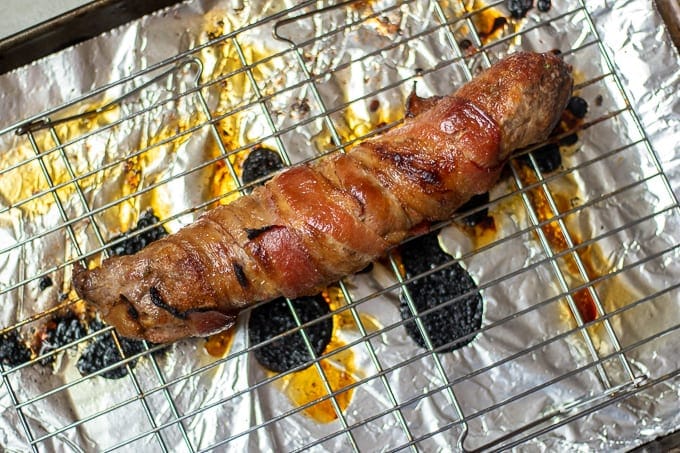 Be sure to follow my three tips for perfectly roasted pork tenderloin and you are sure to have a meal that will impress the toughest critics. 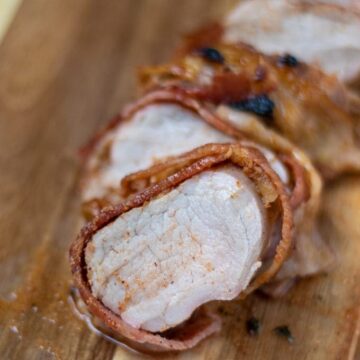 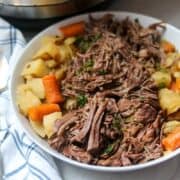 My FREE weekly meal plans will save you time, money, and put wholesome meals on the table. 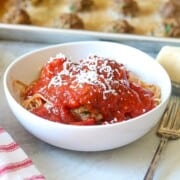 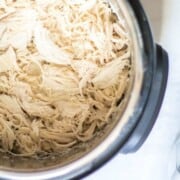 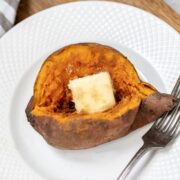