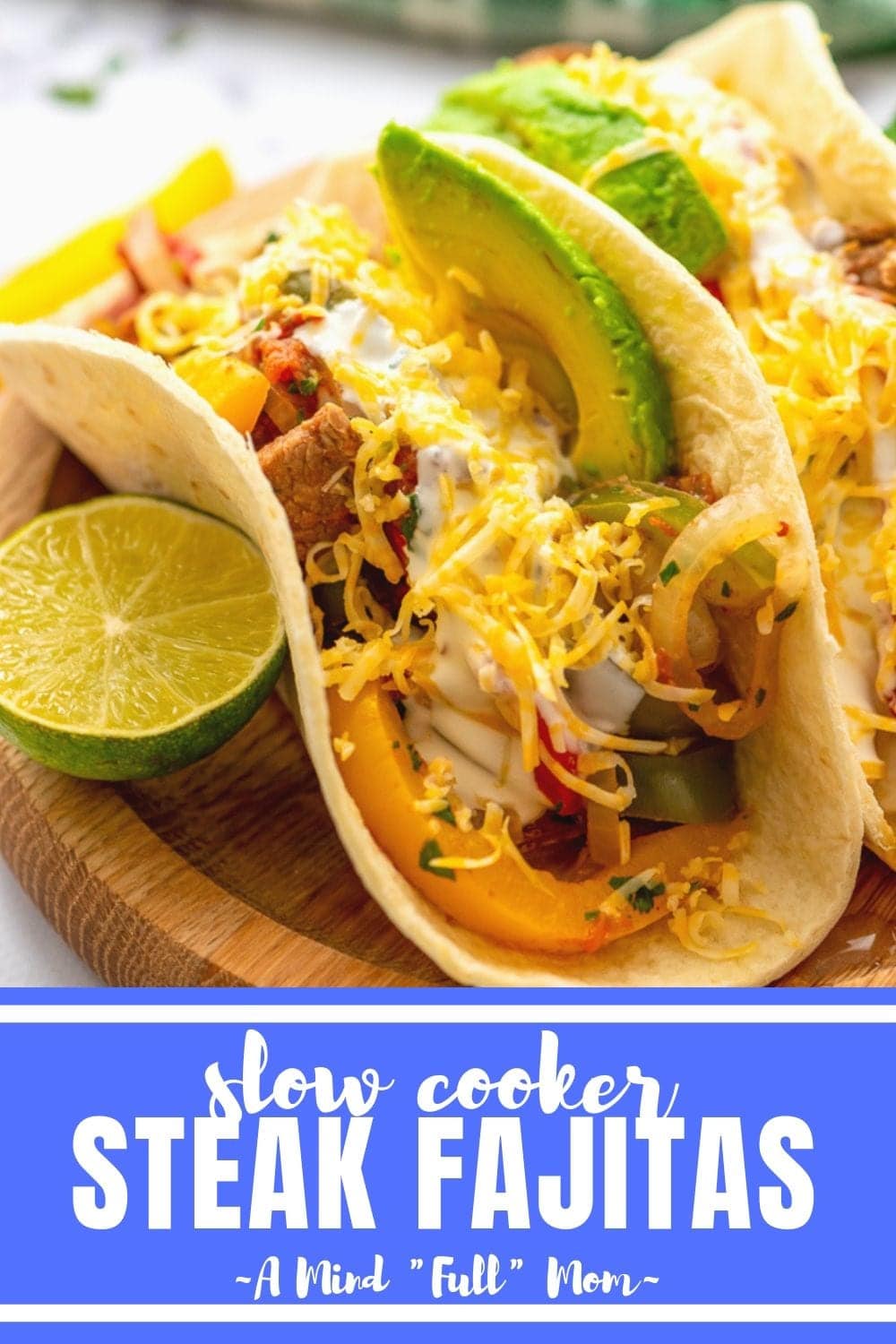 Skip the Mexican restaurant and let your slow cooker make steak fajitas for you! These Crock Pot Steak Fajitas come together with a few simple steps and are served up with all the flavor of a restaurant dish! 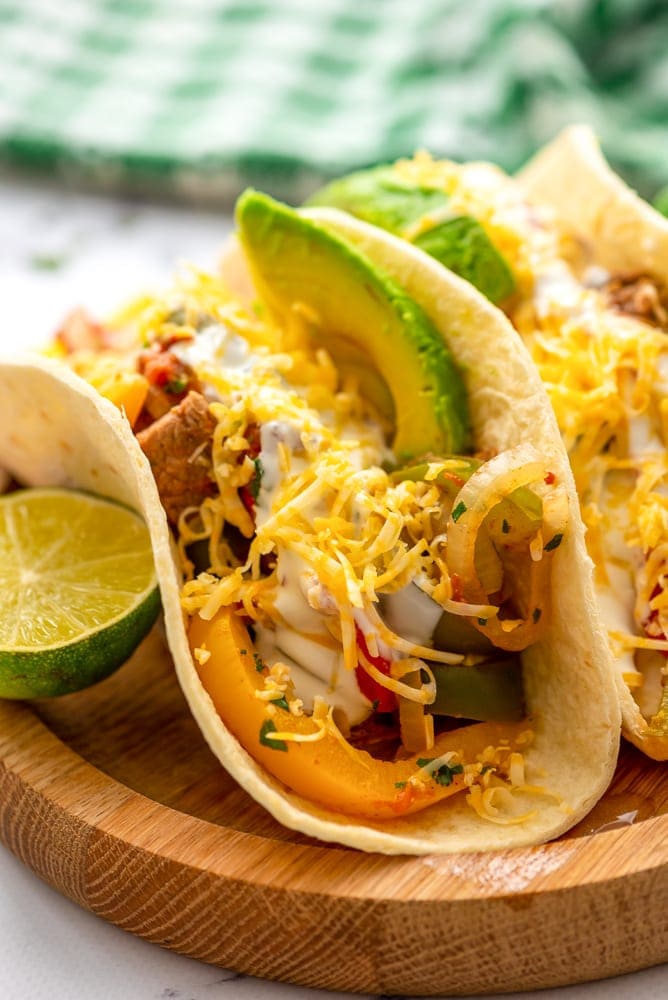 What kind of beef do you use for fajitas?

Because this is a recipe for crock pot steak fajitas, a less expensive cut of meat works great. Choose one of the following cuts of meat to slice up for this fajita recipe. 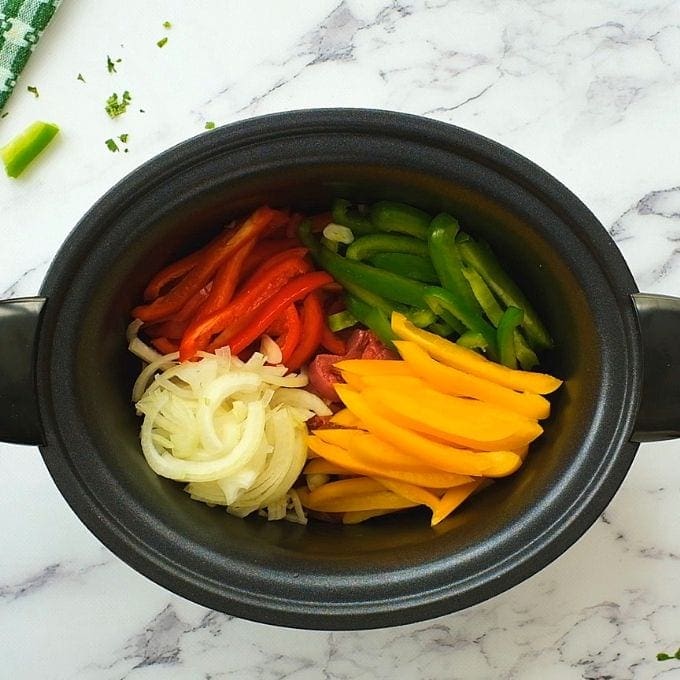 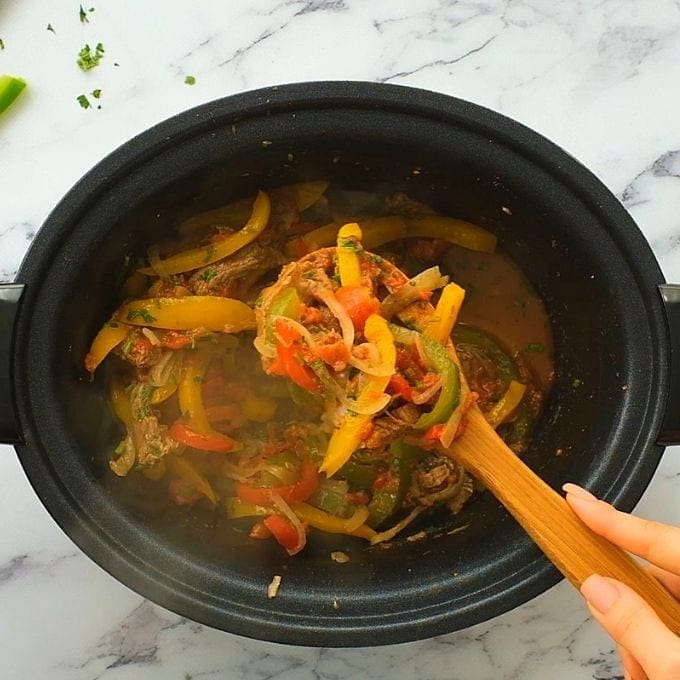 What goes with steak fajitas?